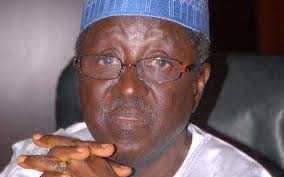 Factional chairman of the Nigeria Governors’ Forum, NGF, and Governor of Plateau State, Jonah Jang, yesterday, called on the security agencies to apprehend those behind the attack on the father of Governor of Kano State, Musa Rabiu Kwankwaso.

Jang, who insisted that the perpetrators of crime must be unmasked and punished according to the laws of the land, condemned the attack on the ancestral home of Governor Kwankwaso by gunmen.

In a statement by Kassim Yakubu, the Jang-led NGF media office thanked God that Alhaji Musa Saleh, the governor’s father, who is the district head of Kwankwaso village escaped unhurt in the brazen attack.

Jang extended his sympathy to the families of victims of the dastardly act and assured Governor Kwankwaso that members of the NGF he leads were in solidarity with him to resist any form of intimidation in carrying out his functions as the governor of Kano state.

Meanwhile, Governor Kwankwaso, yesterday, described the gunmen’s attack at Kwankwaso community mosque as a threat to the relative peace being enjoyed in the state.

During a visit to Malam Aminu Kano Teaching Hospital to commiserate with the 13 people that sustained various degrees of injuries over the bloody attack that claimed the lives of three people, the governor said the incident was ‘regrettable.’

Kwankwaso’s father, Alhaji Musa Saleh, the Majidadin Kano and district head of Madobi, was among the congregation offering their late evening prayers (Isha prayers) around 7.20 p.m. when the gunmen opened fire on them but the traditional ruler escaped unharmed.

The governor, who prayed against recurrence of the ugly incident also prayed for the repose of the three people that lost their lives.

He stated that his administration would not be daunted by unpleasant incidents of this nature from efficiently executing its mandate, pointing out that he had directed the affected agency to pay medical bills of all the victims.

The Governor further tasked hospital authorities to ensure that the victims were given good medical care and attention, adding that similar gesture should be extended to all patients.

Kwankwaso stressed the determination of his administration to sustain the protection of lives and property and implored religious leaders to pray for lasting peace, security and prosperity in the state and the country at large.

The governor also called on citizens to pay keen attention to the upbringing of their children so that they do not mix with bad company and end up being social misfits. [Vanguard]

Share
Facebook
Twitter
WhatsApp
Previous articleWhy We Refused To Allow Okonjo-Iweala Go Ahead With Her Presentation On State Of The Economy – Chairman, House C’ttee On Finance
Next articleMother Of 18-yr-old Boy Who Killed 12-yr-old Girl For Ritual Says Boy Was Possessed
- Advertisement -