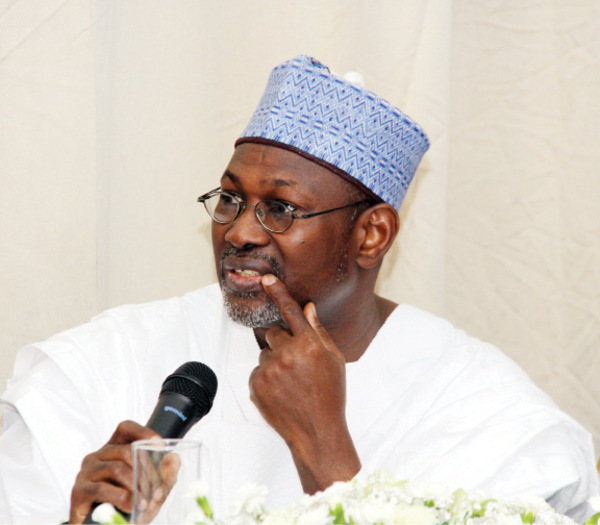 Chairman of the Independent National Electoral Commission (INEC), Professor Attahiru Jega yesterday said ahead of the 2015 general elections, there is every possibility the existing Electoral Act might be amended in order to improve on the legal framework for the elections.

He also cleared the air on the use of electronic voting machine in 2015, saying there is no constitutional provision for its use unless the electoral act is altered to accommodate the process.

Professor Jega stated these in his opening remarks and while fielding questions from reporters at the opening ceremony of Resident Electoral Commissioners’ (RECs) retreat holding in Kaduna.

According to Jega, “there is very likely going to be an amendment to the existing Electoral Act. As a commission, we have reviewed the existing electoral act since after the 2011 general elections and we have made recommendations to the National Assembly on the need to make certain amendments in order to improve the legal framework for the elections.

“I can tell you that we expect that very soon, there will be necessary amendments to the electoral act which will give us a more improved legal framework for the conduct of the 2015 general elections. However, I cannot give you a specific date when this will be done, but we have received assurances that the National Assembly is committed to doing this and they will do it within sufficient time for us to be able to fathom it into our preparations for the 2015 elections.

“However, let me add that quite frankly, it is not necessary to have a new electoral act every time you are going to conduct election. We have been doing that because the legal framework in the past was not good enough. I can tell you that the 2010 electoral act as amended is a remarkable improvement on the legal framework for elections. All we need are additional amendments to make it even better. We don’t have to put aside the electoral act and get a new one”, he stressed.