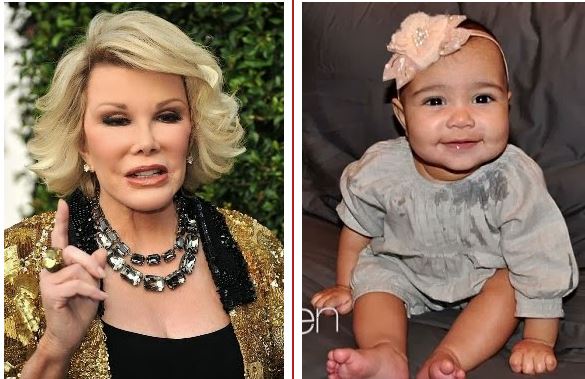 The comedienne joked about North as part of her latest stand-up comedy routine. She explained how she had met Nori when Kim brought her into the offices of the E! television network.

‘That baby is ugly… I’ve never seen a six-month-old so desperately in need of a waxing.’ Joan told her audience at Saban Theater on January 17 in Los Angeles.