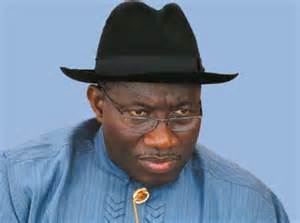 President Goodluck Jonathan has said his administration will reduce medical tourism to the barest minimum, as he stated that government officials will henceforth be stopped from seeking medical treatment abroad except in special cases.

Jonathan has therefore directed the Ministry of Health to collaborate with the Ministry of Finance and Trade and Investment to consult with medical practitioners with a view to supporting private investors to build state-of-the-art hospitals in the country.

This was disclosed after the president held a meeting, yesterday, with the Nigeria Medical Association, NMA in a bid to ensure the proposed strike by the association does not hold.

According to a source who was present at the meeting, the president’s decision would promote local potential, strengthen the sector, improve fiscal policy on medical equipment and check the growth of medical tourism.

He said Jonathan had also directed that before any government official is allowed to travel abroad for medical reasons, government must first be satisfied that no such medical services exist in Nigeria.

The National Health Insurance Scheme (NHIS), according to him, would be critically looked into by the president to make it more productive.

Yesterday’s meeting was presided over by Jonathan and had in attendance, Vice-President Namadi Sambo; Governor Emmanuel Uduaghan of Delta State; Minister of Labour, Chief Emeka Wogu; Minister of Health, Prof. Onyebuchi Chukwu; Director-General of Budget Office, Dr. Bright Okogu; and the Chairman of the National Salaries, Incomes and Wages Commission, Chief Richard Egbule, among others.