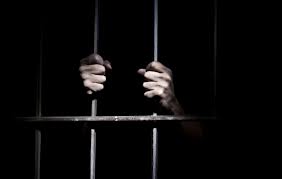 It’s not often that someone sentenced to house arrest asks to go to prison.

But, that was exactly the case for one man in Italy who intentionally left his home so police would take him to the big house. The reason? He wanted to escape his wife.

According to Italian wire service ANSA, 32-year-old Walid Chaabani fled the Livorno home, where he was serving time under house arrest for drug-related charges, on Tuesday. Once he was taken into custody by police, he requested to be put behind bars.

“Living with his wife was particularly difficult and unbearable,” police in the western port city of Livorno said in a statement, Italy’s The Local reports. Chaabani reportedly told authorities that he was “tired of continuously fighting with his wife.”

A local court approved Chaabani’s request and issued an order for detention the same day. The Tunisian man is now serving out his sentence in a district prison in Tuscany.

Earlier this year in New Zealand, another man under house arrest also asked to be placed behind bars. However, it was not his significant other he was sick of — it was his Xbox.