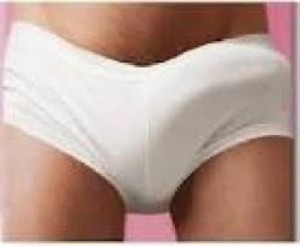 For all the attention they direct below the belt, most men actually know very little about their penises. Here’s the knowledge you need to keep yours healthy, strong, and ready for action-for life.

1. Every p*nis was a clitoris. Every p*nis in the womb starts as a clitoris before hormones ‘s*x’ the brain of the to-be male. The penis retains the mark of its female heritage: its dark underskin and the thin ridge or seam, known as the raphe, which runs from scrotum to anus, are remnants of the fusion of the vaginal lips.

2. Penises used to have spines. Though they were lost before Neanderthals and modern humans diverged. Scientists are still not quite certain of their purpose, but they speculate that it apparently quickened the pace of an erection and is more common in promiscuous species (such as cats).

4. No brain is necessary for ejaculation: the order to ejaculate comes from the spinal cord, not the brain.

5. King of ancient tribes ate p*nises: In ancient tribes, the king would often eat the p*nis of his predecessor to apparently absorb his holy power. This practice was allegedly banned by the ancient Hebrews.

6. Testifying on testicles: In pre-biblical times, men would swear on their own p*nises. The word “testify” is derived from a Roman legal practice of swearing on one’s testicles. The word “penis” comes from the Latin word for “tail”.

7. “Shaved” guardians in Muslim empires: In great Muslim empires, there would be a guardian assigned to each harem’s bed. The guardians had to be “shaved,” which meant having his testicles and p*nis removed.

9. Diphallus is a rare condition that affects one in 5-6 million males. It’s when a man is born with two p*nises. Unfortunately, it’s rare that both are fully functional, and it often comes in tandem with other deformities that also require surgery.

10. P*nises can actually break: Every year, hundreds of men break their erect p*nis, researchers say. Most do so during “violent intercourse.” But there are also cases where men snap their member – indeed, specialists note that such incidents are accompanied by an audible crack – by falling out of bed with an erection. The cure for a broken penis? Six weeks of bed rest with a penis splint.

11. Smoking can shorten your penis by as much as a centimeter. Erections are all about good bloodflow, and lighting up calcifies blood vessels, stifling erectile circulation.

12. The foreskin has an abundance of Langerhans cells, which are immune cells that are infiltrated by HIV. This may explain why circumcised men in Africa have a 60% lower rate of HIV infection from heterosexual intercourse.

13. A healthy male averages 11 erections per day-nine of them while asleep. After ejaculating, it can take him anywhere from two minutes to two weeks to achieve another erection.

14. From shower to grower: On average, a limp penis will increase in volume 300% when it is erect. It will also contain more than eight to ten times its normal amount of blood.

17. Koro, a culture-specific syndrome, where a man (or a woman) is overcome with a debilitating fear that his p*nis (or her nipples) is shrinking and will eventually disappear. Interestingly, this fear is borne out of no real proof or evidence. It is also known as “penis panic” and has been said to provoke mass hysteria.