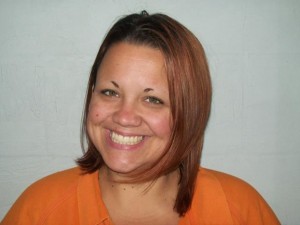 Authorities in Elk City have arrested a woman they say was involved in the sexual abuse and exploitation of four children all under 12 years old.

In a police affidavit filed in Beckham County Court, 30-year-old Natalie Lynn Webb is accused of sexual abuse against a child under 12 and child neglect.

Officials say Webb had abused the children multiple times in a four month span starting in December 2012 and ending in March 2013. Authorities in Beckham County say a DHS investigator alerted them to their investigation into the claims in August.

In the affidavit, DHS investigators say a boy told them that Webb was “selling sex” from him and three other children under 9 to unknown adults.

The affidavit also states that Webb would sell methamphetamine out of her home and would be high in the presence of the kids.

During a police interview, Webb adamantly denied the sexual abuse accusations but admitted to being high near children.

Webb is in police custody and faces charges of sexual abuse of a child under 12 years old and child neglect. Her bond was set at $2 million.