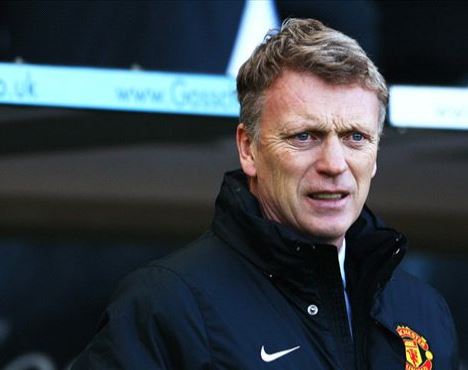 Manchester United manager David Moyes has revealed that he is planning a rebuilding process at the club.

The reigning Premier League champions, who host Tottenham on New Year’s Day, have made an unspectacular start to life under the Scot and sit in sixth place in the table – eight points adrift of league leaders Arsenal.

As such, the 50-year-old is keen to improve and strengthen his squad in the January window, though admits it may take several years to rebuild a club that has stuttered in the absence of Sir Alex Ferguson.

“Everybody is aware this is a club that continually evolves,” Moyes said, as quoted by the Daily Telegraph.

“In the coming months and years, there will be a rebuilding, I’ve got no doubt about that. We’ll be looking to do that and we’ll aim for that in the future.

“If Sir Alex was still here, he would have said there needed to be a rebuilding job, but it’s a continual rebuilding job going on here all the time.

“That’s part of the job and if you play for this club, you always know there’s going to be competition for places. I think if you manage this club there are always going to be big decisions to make.”

United have won six games in a row, despite injury to last season’s top scorer Robin van Persie, and Moyes, who is still convinced his side can challenge for the title, believes being part of the chasing pack is providing motivation for his squad.

“I think the players needed a challenge,” the former Everton boss continued. “The challenge is now, ‘Well, hey, we’re not in the position we should be, let’s get back to where we want to be’.

“I do think they’ve got the bit between their teeth at the moment and I want that to continue week in, week out.

“We’re definitely in it, but we’ve got a long way to catch up. We’re not breathing down the necks of the teams above us at the moment, and we’ve got to try to get a bit closer, because once we get in that position, people will know exactly what Manchester United are capable of.”