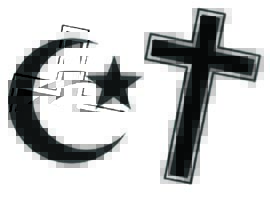 Luka-Barau gave the charge in a New Year message to Nigerians at King’s Summit Church, Akwanga Local Government Area of the state.

He said that religion should be used for peaceful co-existence among the divergent groups in the country.

The deputy governor said the state faced a lot of security challenges last year and called on the people to forget the past and unite for speedy development.

He also urged leaders of the two major religions in the country to promote unity and peace among all Nigerians irrespective of religious, political or ethnic differences.

Luka-Barau said that the two major religions of the world – Islam and Christianity – preached peace, which he said, should be sustained.

“Both Islam and Christianity abhor violence, as such, their adherents should put into practise what they teach”, he said.           .

Luka-Barau said that violence could not solve any problem, no matter the level of disagreement, adding that dialogue had always been a reliable means of resolving contentious issues.

“It is only through dialogue that they can table their grievances for the government to understand them better and find the means of responding to their demands”, he said.

Luka-Barau also tasked Christian leaders in the state to cooperate with the government in its efforts at maintaining peace.

The deputy governor said that the APC- led administration of Gov. Tanko Al-makura believed that leaders had a role to play in sustaining peace, stability and protection of lives and property in the state.

He charged Christian leaders to continue to discourage rumours of threats and insecurity being peddled in the state.  (NAN)