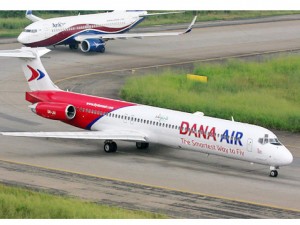 NCAA disclosed this in a letter to the airline, according to sources in both the airline and the agency.

The airline was suspended on 6 October last year following an air return caused by a mechanical problem on one of its aircraft.

The incident happened only three days after an Associated Airlines plane crashed in Lagos and killed 16 people.

Sources at NCAA said Dana was given a list of items to comply with before it is allowed back into the skies.

Recently Dana acquired two Boeing 737-500 planes as it sought to phase out its old McDonnell Douglas aircraft that became infamous in 2012 following a plane crash that killed 163 people.

According to sources, the planes were bought in Cairo, the Egyptian capital, and NCAA officials travelled to inspect them.

Sources said the two planes were not brand new but not as old as the MD-83 aircraft, the only aircraft type in the fleet of Dana.

All Dana planes are more than 20 years old and old planes need more money to maintain.

Nigerians have accused some airlines often of cutting corners as they struggle with overwhelming financial challenges.

The newest acquisition will bring the Dana fleet to about five planes.