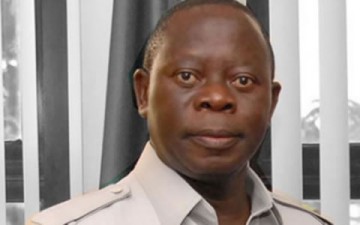 Gov. Adams Oshiomhole of Edo has said that the future of the country remains in the hands of the youths, adding that there is no nation without problems.

The governor stated this while declaring open a youth summit to mark the nation’s centenary in Benin.

He urged Nigerians to be inspired by what was possible, saying that resorting to self-pity would not translate to solution.

In his address, former President of the Trade Union Congress, Mr Peter Esele, appealed to government at all levels to focus on improving the capacity of the youth.

He said that Nigerian youths should be empowered to contribute their quota to the development of the nation.

He urged Nigerians to defend the unity of the country, saying that Nigeria was not bad as many perceived, but that it was only undergoing its share of challenges.

Chief Executive Officer, ARISE Foundation, Ms Toyosi Akerele, said that the youths must, henceforth, not allow themselves to be used as political thugs or be pushed around.

Akerele said that the theme of the summit: “Nigeria Centenary: Defining the issues and setting agenda for the youth”, was apt.

She called on Governors Oshiomhole of Edo and Babatunde Fashola of Lagos to commence leadership and mentoring programmes for the youth in their various states.

She described the youths as the lubricants of their surrounding entities and called for an enabling environment for the youth to participate politically.