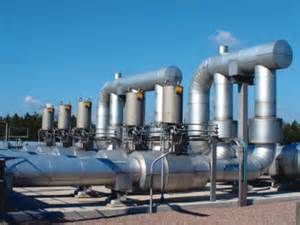 The Managing Director/Chief Executive Officer of the Nigeria Liquefied Natural Gas (NLNG) Limited, Mr. Babs Omotowa, has stated that Nigeria is losing $2.5 billion revenue yearly due to the delay in the take-off of the company’s seventh train.

Speaking Monday at the celebration of the loading and casting off of the 3,000th LNG cargo from the company’s Bonny Island plant in Rivers State since the commencement of operations in 1999, Omotowa also stated that shale gas is not a threat to Nigerian gas in the international market, as only two companies were licensed to export shale gas from the United States.

Omotowa said the company’s initial market for LNG was Europe, adding that based on what was happening in the economies around the world, the market had shifted to Asia.

He said part of the next phase of the company’s growth programme was the addition of a seventh train to the existing six-train NLNG infrastructure.

“When achieved, this will enable NLNG add some eight million metric tonnes to its current production capacity, and increase annual output to 30 million metric tonnes. This is potentially capable of mopping up and exporting some of the currently flared gas, and yielding an estimated $2.5 billion in revenue.

“On balance, it is clear to us at NLNG that Train 7 is an enterprise which all shareholders and stakeholders should support and pursue with vigour, for the simple reason that its outcome will be good for Nigeria and good for our business,” he said.

He explained that before the company did the Front End Engineering Design (FEED) for Train 7, it had gone to the international market to sign contracts with potential buyers.

Omotowa said though Train 7 was being delayed, the terms of contract with the international buyers had provisions for renewal and extensions.

“We have already started building partnerships with the buyers in Asia – Japan, China, India and Malaysia,” he added.

According to him, the contract has just been renewed for another one year, adding that if need be, it will be further extended until Train 7 is ready.

“But the key thing is that those who are interested in buying gas from Train 7 are still very interested and they still want Train 7 to happen because if you look at the market and also the projections, LNG will always be needed in the future. The issue is more about the project kicking off. So what buyers are trying to do is to first secure the product, even though it might take time in some areas for the product to come to the market,” he said.

He pointed out that the NLNG, which accounts for eight per cent of the global LNG supply, generated $53 billion revenue to its shareholders and an additional $9 billion as dividends to the federal government within the first 10 years of operations.

The NLNG boss, who was represented by the company’s Manager in charge of Technical Services, Mr. Joseph Alagoa, said with a networth of $24 billion, the company remained the single largest private investment in sub-Saharan Africa, adding that it currently utilises 3.5 billion cubic feet of gas per day.

He also stated that with an estimated tax of $1.2 billion to be paid to the federal government in 2014, the company would emerge as the highest tax-paying local company in Nigeria.

He said the loading of the company’s 3,000th cargo for export was a commendable milestone that is worthy of celebration, adding that this vessel is manned by a 95 per cent Nigerian workforce, in line with the company’s aggressive pursuit of technology transfer and its “Nigerianisation” policy.