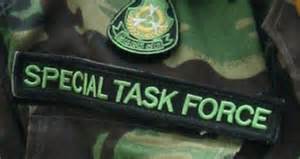 Journalists in Plateau State under the aegis of the Nigeria Union of Journalists (NUJ) has threatened to stop reporting the activities of the Special Task Force (STF) on the state crisis, except urgent steps were taken to put a stop to the bloodletting in the communities in the state.

In a communiqué at the end of its state congress held on Wednesday, the union lamented that “For the past four years, the state has been engulfed in sectarian violence and have been through these years reported these events to the dictates of our profession.”

“Whereas, through these years one commander or the other had been deployed to the state as head of the STF made up of the three armed forces, the Police, Department of State Security (DSS) and the National Security and Civil Defence Corps (NSCDC)yet through these years ceaseless attacks have been going on in some parts of the state without efforts to curb the trend. And these attacks take the same pattern in style and sophistry, where members of the same family are wiped out in a swoop,” the communiqué signed by the state Chairman and Secretary of union, Mr. Katdapba Gobum and Mr. Isaac Shobayo, respectively noted.

The journalists also observed that affected communities had more often than not accused members of the task force of culpability in some of these attacks, which they alleged were sometimes carried out by men in security uniform.

The journalists wondered what the security agents were doing as “not even one person has been arrested or brought to book.”

“And we have noted the disparity in the number of casualty figures often given by the security agencies on the state with a view to downplaying the severity of the attacks.”

The union, therefore, urged the commander of the task force to investigate all allegations against possible culpability and connivance of his men in some of these killings.

It also urged the federal government to, as a matter of urgency, “release and implement the reports on Jos crises, especially the Solomon Lar presidential committee set up by the present administration.”