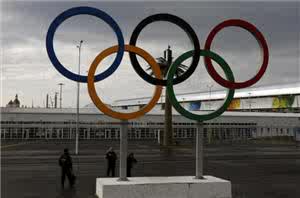 The German Olympic Committee said it has received emails threatening attacks at the upcoming Winter Olympics in Sochi, similar to letters and emails received by its Hungarian, Slovenian and Italian counterparts.

“We take all tips on security questions seriously and are in close contact with the relevant German authorities,” committee spokesperson, Christian Klaue, said.

The Hungarian Olympic Committee (HOC) said that the letter they received, which threatened the country’s athletes, had been analysed and declared non-threatening.

HOC International Relations Director, Zsigmond Nagy, told the Reuters news agency in an interview that the letter was sent to the International Olympic Committee and the Russian organising committee, which had assessed it.

“Both the IOC and the Sochi organising committee…officially declared after the analysis of the letter that this threat is not real, and this person has been sending all kinds of messages to many members of the Olympic family,” Nagy said.

The Italian Olympic Committee also reported it has received an email containing “terrorist threats” regarding the Games.

“The Olympic Committee has sent the contents of the email to the authorities in charge of security,” the body said in a statement.

The Slovenian Olympic Committee said it had translated a letter it received and forwarded it to the police.

The letters come as Russia has beefed up security after two suicide bombings in Volgograd in December. The International Olympic Committee has  expressed confidence  that the Olympics will be safe. [AlJazeera]