OMG: SEE How This Man’s Stomach Was Ripped Open On New Year’s Eve

A 34-year-old man, identified only as Owuye’s stomach was ripped open on New Year’s eve during a fight over a married woman. 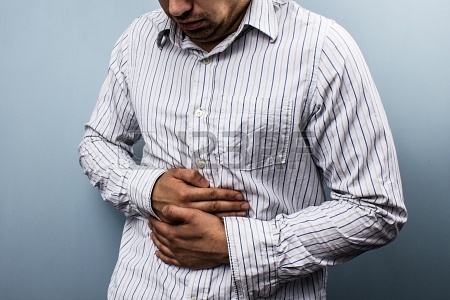 The incident took place at Tafawa Balewa Square, Lagos where the victim and an elderly man identified as Baba got involved in a brawl.

According to an eyewitness, “Baba was smooching a woman said to be around 50 years when Owuye caught them. Owuye was the first to attack the man. We pleaded with Owuye to leave Baba alone but he refused.

“Owuye broke a bottle on Baba’s head and the man began to bleed profusely. When baba had recovered from Owuye’s initial assault, he, in turn, stabbed him (Owuye) with a broken bottle in the stomach and his intestines fell out. Both victims held each other by the waistband as they bled,” adding that both the victim and the elderly man were both jobless people who usually sleep in buses at TBS.

Doctors at the Lagos Island General Hospital are battling to save the life of Owuye.

When contacted on the telephone, Police Public Relations Officer, Ngozi Braide, confirmed the incident adding that investigations were ongoing and that the suspect (Baba) is being detained at the Lion Building Police Station.