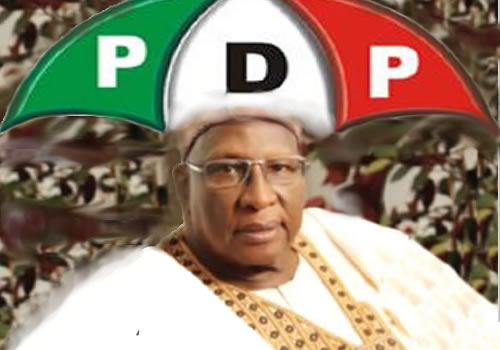 The plot to remove Alhaji Bamanga Tukur as the national chairman of Peoples Democratic Party gained momentum yesterday as all the state and FCT chairmen of the ruling PDP passed a no confidence vote in him.

This was sequel to an emergency meeting of the state chapters and FCT chairmen of PDP, which held at Three G hotel, Utako, Abuja.

At the meeting, all the chairmen agreed that Tukur should leave office for peace to be restored in the beleaguered PDP.

One of the chairmen, who spoke on the condition of anonymity, said they would take their resolution to President Goodluck Jonathan on Wednesday (today).

He said with their   decisions, Tukur would have no option but to resign before or at the NEC meeting slated for tomorrow.

The state chairman said, “You can see what we have done tonight (Tuesday). The passing of vote of no confidence in Tukur signifies the end of his removal.

“We are going to meet with the President tomorrow (today) and tell him our resolution.

“We won’t allow him to kill the party before asking him to leave. Enough of this rubbish”, he muttered.