Arsenal’s midfielder Mesut Ozil was the only Premier League player named in UEFA’s 2013 team of the year, after last year’s side contained none.

Lionel Messi’s name was omitted from the UEFA list, two days after he lost the Ballon d’Or to Real Madrid winger Cristiano Ronaldo.

Portugal international Ronaldo was named in the team for an unprecedented seventh successive time. 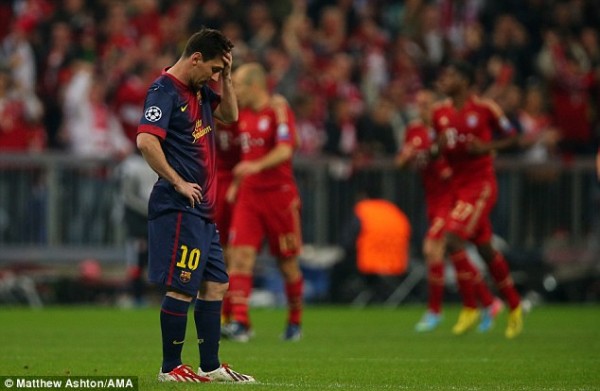 The 26-year-old Barcelona playmaker, Messi, came 13th in the voting, which was conducted by users of the European governing body’s website and social media sites.

Germany international, Ozil, was one of eight players currently playing in the English list to be nominated, while former Tottenham Hotspur winger Gareth Bale did make the side.

No Barca player was listed despite winning the Spanish La Liga in 2013.

Messi, who was however selected in the 2013 FIFPRO 11, scored 42 goals in 45 appearances for both club and country during the calendar year.