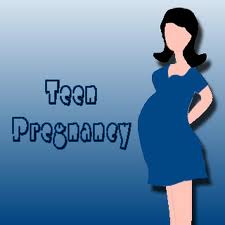 The pastor was alleged to have slept with one Mary, daughter of his sunday school teacher on the pretext that the lady was possessed with demons which could only be exorcised through sex.

According to the state Commissioner of Police, Seidu Madawaki who paraded the suspect before newsmen, the bubble burst for Pastor Kingsley when his attempt to abort the pregnancy was refused by the victim.

“After impregnating the girl, he attempted to abort the pregnancy by giving her some liquid substances mixed with olive oil which she refused to drink”, he said.

The victim said she came to join her parent from the village around November last year when the pastor spotted her in the church on the pretext that she had ‘a wild demonic spirit’ in her and then ordered her to see him after the church service for deliverance.

Frightened, she said she went to meet the pastor immediately after the service. “He told me that my waist and private parts have been ravaged by demons and until deliverance was carried out, I may not be able to have any child in life.  “The Man of God’ frightened me and said he would only cast out the demons from me through sexual intercourse but he warned me not to tell anybody on the mode of deliverance.”

“After praying into an olive oil, he asked me to undress while he rubbed my waist and private parts with the anointing  oil mixed with some substances, he then undressed himself and used the same oil on his private part before he descended on me and started to do the thing.”

“But I discovered that I was pregnant last week when my mother noticed my conduct and I had to reveal everything to her even though he warned me not to tell anybody,” She revealed.

However, the 37-year old pastor denied the allegation saying, that all he did was to cast out the demons in her, using the anointing oil.

The CP warned parents to put more attention on their female children even in religious centres,  saying there are many fake pastors outside there.