There are indications that the real face of mysterious always-masked afrobeat musician Lagbaja has been finally revealed to the audience. 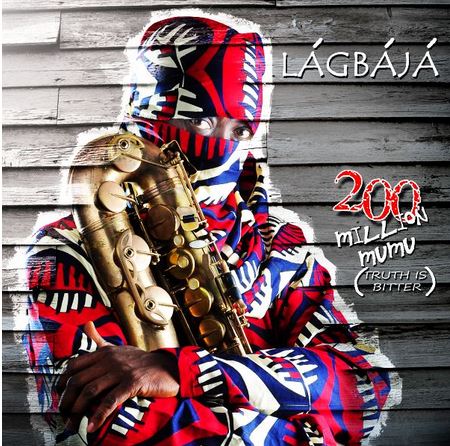 Since the early 90’s, Bisade “Lagbaja” Ologunde has managed to keep his face well hidden behind a mask.

According to Lagbaja, his mask is used as an icon of man’s facelessness.

Lagbaja is a Yoruba word that means “nobody in particular”. It depicts the anonymity of the so-called “common man”.

The mask and the name symbolise the faceless, the voiceless in the society, particularly in Africa.

But it seems we all have our curiosity chilled up as a picture alleged to be Lagbaja’s with his face left unmasked leaked on the Internet some time ago.

It is not quite clear how the photo appeared on the social media websites, and the afrobeat singer himself has not confirmed whether it is his face actually or not.

However, it is hard to ignore the striking similarities between this face and the masked one especially the lips, eyes and shape of chin.

What do you think – is it Lagbaja pictured below or not?