A 25-year-old DJ from a South African township is set to become the first black African to go into space. 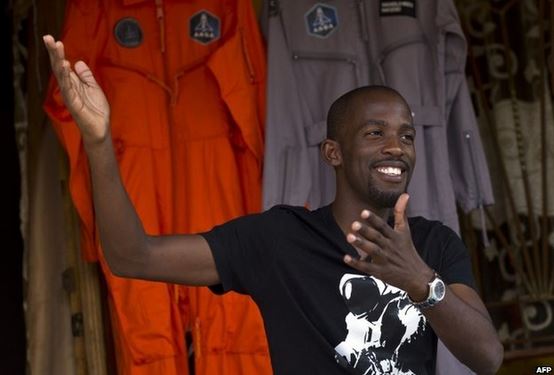 Mandla Maseko is one of 23 people who won a seat on an hour-long sub-orbital trip in 2015. He has beaten about one million other people to get his spot in the team.

Mandla applied for the program, just like millions of contenders from around the world.

At the first stage, on national level, he had to answer a couple of theoretical questions, and to explain why he wanted to go into space.

“My response was: I want to defy the laws of gravity, and go down history as the first black South African in space,” the South-African revealed.

Then he was invited for a series for complicated trials and physical tests. He made it into top three, and was flown to Orlando in Florida on December 1, 2013, where there were 109 competitors from around the globe.

The picture below shows the Lynx Suborbital Vehicle. It will take Maseko and the other winners into space.

The tests continued in the USA for some weeks, and finally the judges made their decision.

“When they announced the winners and called out my name I wasn’t prepared, so the minute I realised that it was my name that got called out, my body ignited – it was an out of body experience. It still hasn’t really sunk in yet. I think it’ll sink in the minute I launch into space.

“My family and friends are all excited and happy for me. I was born and raised in Mabopane and Soshanguve townships, so I’m a Pretorian to the core. Thanks to my Dad, I’ve never gone to bed without having eaten or without having a roof over my head.

“And my Mum – I would go for an interview and then come back and not get the job and she would be like: “Ah don’t worry, something bigger is coming for you – this one was not for you,” Mandla Maseko said in an interview to BBC.

Speaking about his plans after the trip to space, the lucky winner said:

“After I go into space I am hoping to finish my civil engineering studies. I had to put them on hold before the competition because I didn’t have enough money to fund them.

“I would also like to study aeronautical engineering and hopefully qualify as a mission specialist, and then next time, go to the moon to plant the South African flag there.”

The winners of the competition with Buzz Aldrin, who has walked on the moon, are pictured below: