Nigerian Designer, Emmy Collins who is known for being so outspoken and constantly criticizing celebs is at it again, this time he blasted Toke Makinwa, Chris Okotie, D’banj, Omawumi and many others.

Here’s what he posted on his blog: 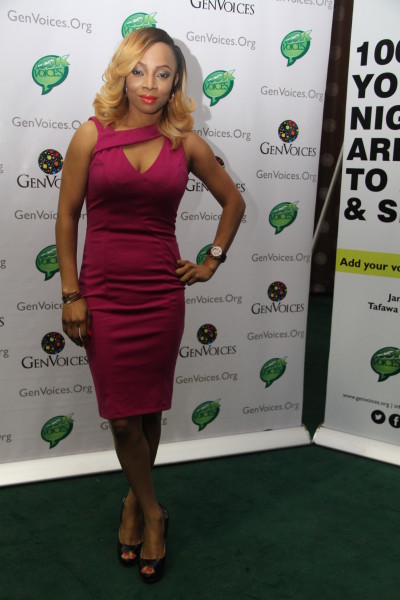 With her petite features, I believe Toke would get away with the outfit above if she wears the right shoes. However, sometimes I believe there is something in the DNA of so called celebs that prevents them from looking classy no matter how hard they try. I think there is something called flair that is missing and without flair it becomes extremely difficult to achieve much in fashion.
To be honest,what I see in this picture isn`t anything special, it is very forgettable and won`t make me wanna google Toke if I didn`t know her before. To put it simply,this is so bleh so there. This is a NO from me but you guys are free to disagree with me. 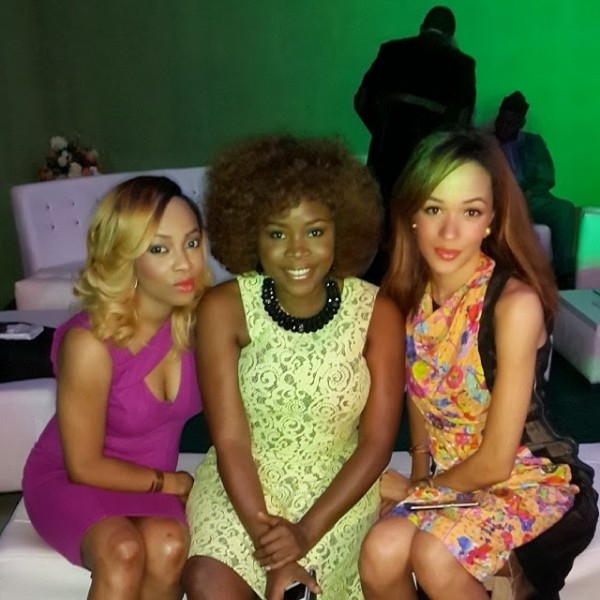 The focus here is Omawumi and Eku as I have already dealt with Toke. We all know that you can’t associate style with Omawumi as she was nominated in the worst dressed category during the last mother of raggedy awards. As a matter of fact, she has actually done well here as we have come to expect the worst from her. Seriously, I take this as an improvement.
Perhaps Eku stands shoulders above her peers in the entertainment industry with regards to styling but then I can guarantee you Eku wouldn’t be turning heads in the streets of Milan, NYC,sunset strip, LA et al. In my opinion, Eku is what could be tagged as a big fish in a small pound. 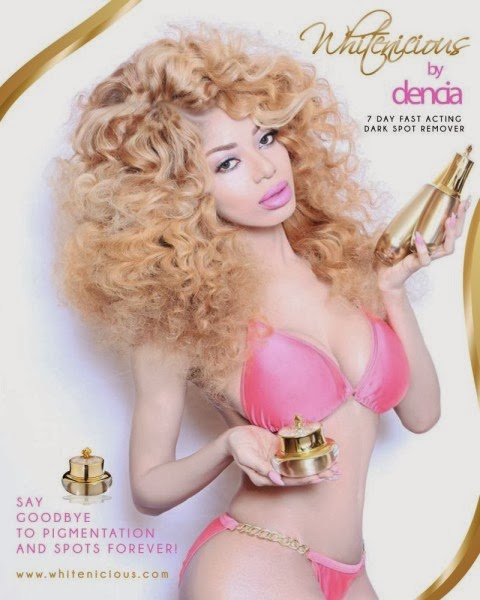 I bumped into this chic at Jennifer Obayuwana’s birthday. When I saw Dencia there, I felt I was looking at a ghost. There isn`t anything real about this girl. This is one plastic chic right here. However, I can’t knock the babe for trying to make quick bucks from the ignorance of people; big organisations do the same everyday and no one attacks them. Considering all the studies that are available about the negative repercussions of skin bleaching, any delusional chic who spends her dosh on this toxic waste called whitenicious should be the one to be heaped with the blame and not our babe o. 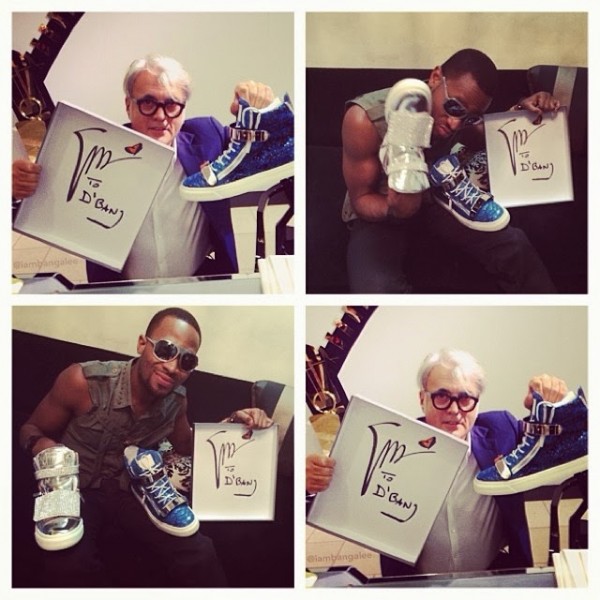 I don’t give a rat ass if these high top sneakers were designed by Angel Gabriel and delivered personally to Dapo, I will always detest these high tops. I’m yet to see anyone who has made me appreciate them. Giuseppe Zanotti is a brand I appreciate but only based on the female collection. When you make this much noise about a pair of sneakers, it becomes very tedious and classless. Look at someone who should remain cool in situations like this acting like a toddler who just received his/her first three wheeled bicycle as a Christmas pressie. D’Banj’s personal styling isn’t doing it for me here as well. He looks sooo hmmmm, I don`t know really to be honest. 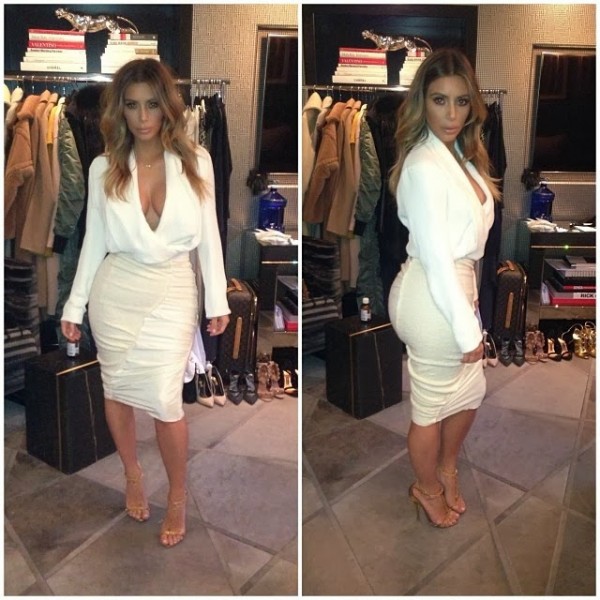 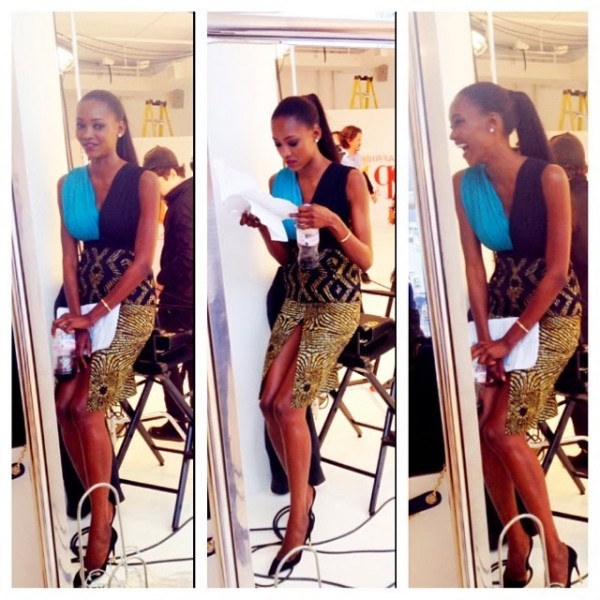 I have never been a fan of Oluchi when it comes to fashion. As a former international model, Oluchi’s style is always a nasty kick in the teeth for fashion. I don’t remember when she has ever gotten it right and she didn’t get it right here either.I love the fact that she pulled her hair in to a ponytail to expose her beautiful face but the slit to the Vijaajay was just too hoodrat-ty. I get peeved when they incorporate these endless slits and then try to cover their modesty with a clutch,tote,newspaper or anything they can lay their hands on. If you are not comfy with it then don’t wear it. 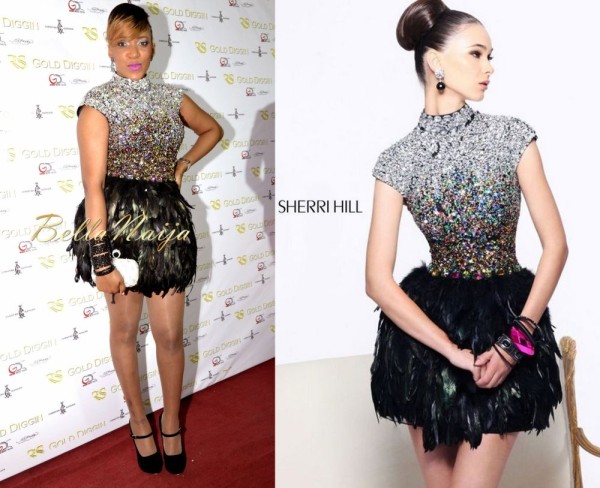 It is hard to pull any birdy costume off. If you don’t believe me, ask a certain Omotola. Also it becomes harder to pull off this sort off look if your name is Rukky Sanda. A piece of advice to Rukky, ditch the Eba and fufu and work on ways to get your waist cinched in. That way you can achieve that look the model in this dress created. Thank me later 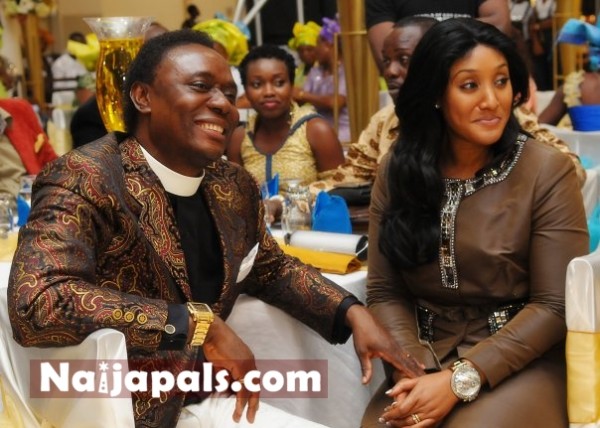 This is officially one of the worst Pastors presently in Nigerian. He reckons God spoke to him to contest in the election. Didn`t God promise him that he will win? When God directed David to fight Goliath he ensured that David won because the Lord was with David. That his church members believe all these lies that exits this guy’s mouth and that of his ilk is quite worrisome.
This not a man of God because a man of god would not waste as much money as this chap is wasting while some of his church members are wallowing in abject poverty; This is downright mean. 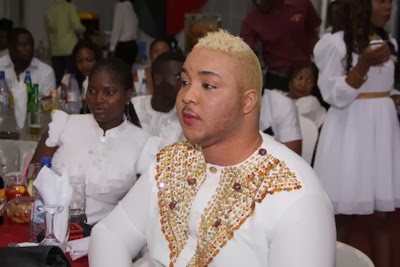 This is the dude who tells us bleaching is healthy,abi? Well, have a good look and tell me if this dude is healthy. He seems bloated and his complexion is apparently not healthy looking. If you are gonna listen to this bloke then you are a dumb ass and deserve what is coming to you. Knock yourselves out if this is how you wish to roll. 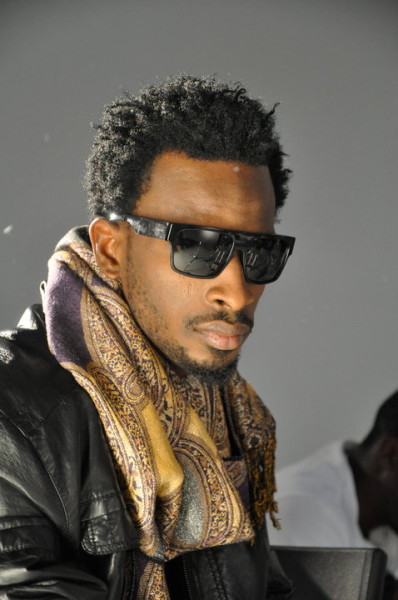 “I’m leaving music, I need to go into something more challenging. Music is no longer competitive for me, I’ve done all that needs to be done in music”, he said. Really, you have done all that needs to be done, 9ice? I recollect correctly that your first single was just about 8years ago and now you reckon you are a veteran? Joker! You are now inspired by money so go get it if that is what you desire and quit yarning dust. 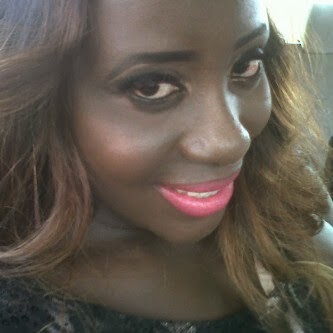 Someone sent this image of some blogger called Ladun last night and all I can say is wowwwww, is she a drag queen? The make-up and lip-stick is so raggedy. I don’t think she is a bad looking girl but she needs to simmerrrrrr the heck down on the make-up, KAI. I saw a video recently where she seems to have slapped on twice the amount of make-up she has here.

Share
Facebook
Twitter
WhatsApp
Previous articleHelp! I Want To Get Married But My Ex-girlfriend Is Threatening Me With The Blood Of Our Aborted Child!
Next articleUnited Makes £35m Bid for Chelsea’s Mata.
- Advertisement -