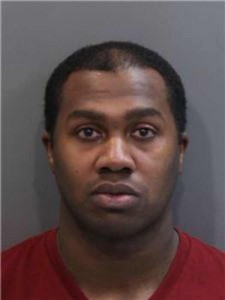 A deputy in Chattanooga, Tenn., has been charged with aggravated rape for allegedly forcing oral sex on a woman during a traffic stop.

Willie Greer, 33, was fired and arrested last Thursday because of an incident on Jan. 5 during which he pulled over a woman for speeding and allegedly raped her in his patrol car around 1 a.m.

The victim told investigators that Greer wrote her name on his hand and went to his car.

When he came back, he told she was going to jail and made her get out of the car.

After he put handcuffs on her, the victim said he told her several times, “I could let you go, but you’d owe me,” according to police records obtained by Chattanoogan.com.

Greer then allegedly uncuffed the victim, and had her follow him to a remote area around the corner to “talk about it.” Then, according to investigators, he handcuffed her again, put her in the patrol car and made her perform oral sex on him, WRCB-TV reported.

Afterwards, the victim said Greer offered her fruit punch from a Wendy’s cup. She said she took the drink and drove away.

Employees at a Wendy’s told police that a man identified as Greer ordered fruit punch from the drive-thru window earlier that evening.

The victim also ID’d Greer in a photo line-up.

Greer admitted he had sex with the woman to authorities, but claimed it was consensual. An internal investigation determined his statements were “false and misleading,” RawStory.com reported.

Greer had only worked with the Hamilton County Sheriffs Dept. for only three months and was still on probationary status at the time of the alleged incident.

“He was what we call a lateral hire, someone who was already certified,” he told WDEF-TV. “The vetting process was normal, there was nothing to indicate that this kind of behavior might happen, no reason to believe that this would have occurred. “

The allegations against Greer came as a shock to former employers like Lieutenant Eric McCoy from the Forrest City Police Department, where he worked as a patrolman.

“He treated the public very professional, he assisted in working overtime, he was a pretty big team player with the coworkers, so we had no problems with Officer Greer,” McCoy told NewsChannel9. “I didn’t read that in him period. I never read anything like that to be in him.”

Along with the rape charge, Greer was charged with conduct unbecoming an officer. He was released on $50,000 bond Friday.