On New Year’s Eve at 11:45 am, Pope Francis called up the small community of the Carmelite nuns of Luccena in Cordoba, Spain, but they didn’t pick up the phone. 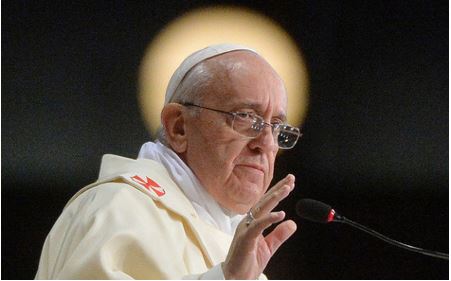 Their once-large community has now dwindled to a mere five nuns, three of which are from Argentina, which is also the pope’s home country.

Pope Francis was previously archbishop of Buenos Aires and knew some of the nuns at the convent as they also are from Argentina.

The nuns were at prayer when the Pope rang. On hearing the message, they rang their bishop to try to get back in contact, but the Pope rang back in the evening.

Sister Adriana, the prioress of the convent, said “she wanted to die” on hearing the message.

“Our friendship goes back 15 years but I never thought the Pope would remember us,” she said.

A recording of the message has been played on Spanish media. “What can the nuns be doing that they can’t answer?”, it begins.

“Pope Francis speaking, I wanted to say hello to you at the end of the year. I’ll see if I can call you again later. God bless you.”

Since taking up his post last year, Pope Francis has struck a more informal note than his predecessor, underlining his reputation for simplicity and humility.

Born Jorge Mario Bergoglio, he named himself Francis after a 12th-Century Italian saint who turned his back on an aristocratic lifestyle to work with the poor.

He has eschewed some of the more regal trappings of high office, made headlines by washing the feet of prisoners, and called for power to be devolved away from the Vatican.