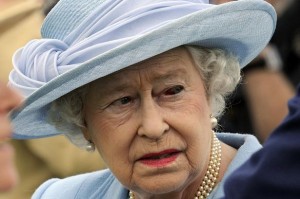 British lawmakers on Tuesday took aim at Queen Elizabeth II’s household accountants, saying they must cut their costs and tackle a huge backlog of repairs to the monarch’s crumbling palaces, as records show the queen is down to her last million.

This came as the Queen was hit with the news her reserve funds have fallen to a “historic low” of less than £1 million, The Telegraph reports. The figure is significantly lower than the £35 million the Palace had at its disposal in 2001.

The situation has led MPs to advise the Palace on how to save cash, after the government managed to slash its energy bills by one third.

It comes amid reports Buckingham Palace and Windsor Castle are in need of urgent repairs, with buckets used to catch raindrops and ancient boilers contributing to huge energy bills.

One MP on the committee recalled that he had noticed leaks in Buckingham Palace’s picture gallery on a recent visit.

“The rain was coming in on the expensive paintings,” he told the committee.

The Victoria and Albert Mausoleum, where the late queen Victoria and her husband prince Albert are buried, has been waiting for repairs for 18 years, the report said, while other problems include walls riddled with asbestos.

Some of Buckingham Palace’s 775 rooms have not been refurbished for 60 years, a palace official told MPs.

Labour chair of the committee Margaret Hodge said the Treasury has a duty to be “actively involved” in financial planning for the Palace and have failed to oversee matters properly.

“The household must get a much firmer grip on how it plans to address its maintenance backlog,” said Hodge.

A Buckingham Palace spokeswoman said tackling repairs was “a significant financial priority for the royal household”.

“Recent examples of work include the renewal of a lead roof over the royal library at Windsor and the removal of asbestos from the basement of Buckingham Palace,” she said. “The need for property maintenance is continually assessed.”

The committee acknowledged that the queen’s household has managed to cut its net costs by 16 percent since 2007-8, but said most of this was through increasing its income, such as by opening the palace to tourists.

The royal household must do more to make efficiency savings, the report said.

It added that the palace should make sure it has “sufficient commercial expertise in place” in order to maximise the royal family’s income, such as through tours, leasing its properties and making its facilities available for commercial events.

Officials have also considered opening the doors of Buckingham Palace more often in order to bring in more money from tourists, but decided there were too many “constraints” including high set-up costs, the report said.

Currently the palace is open to the public during August and September, when the queen takes her summer holiday in Scotland, and there are private guided tours at other times.

The palace told lawmakers it had already made significant efficiency savings and had been forced to dip into reserves because of the huge cost of the diamond jubilee celebrations marking the queen’s 60th year on the throne in 2012.

Buckingham palace recently advertised for a new housekeeping assistant, whose duties include running the royal baths and arranging serving the tea. The successful applicant is to be paid £14,400 a year…although this is the least of the royal household’s financial worries.