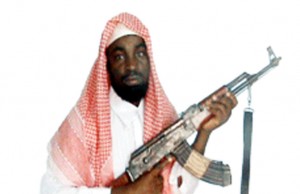 No fewer than 15 persons have been feared killed in the past few days when gunmen suspected to be Boko Haram insurgents attacked villages close to Nigeria’s border with Niger Republic, Information Nigeria has just learnt.

It was gathered that on Thursday, seven people were killed and three others drowned in a river while trying to escape from a night raid launched by the insurgents in Gashigar village, a fishing community in Borno State close to the Niger border.

Speaking yesterday in Maiduguri, the Borno State capital, the immediate past Vice Chairman of Mobbar Local Government, Alhaji Talba Gashigar, said that most residents of the village had fled to neighbouring Niger Republic for fear of more attacks.

Police authorities in Maiduguri also confirmed the incident on Sunday even as villagers said they were under siege and had to cross over to Niger Republic every night to have a safe sleep.

The villagers pointed out that they were being attacked constantly because of total absence of security in the border communities, a claim strongly refuted by the police.

Talba said the attack on Gashigar came about four days after a similar one on two neighbouring villages where five people were killed.

Recounting what happened in his village, the former vice chairman said, “The attackers invaded Gashigar village at about 7pm of Thursday in a convoy of three rugged vehicles and countless motorcycles. They destroyed over 60 residential houses and shops.  On the day of the attack, we all had to flee; men, women and children had to cross-over to Niger for our dear lives because the gunmen had no consideration for anyone, they set everything ablaze.

“Sadly, seven of our fellow villagers, most of them businessmen, were shot dead. They spent about two hours operating in the town and also burnt eight cars. Unfortunately, our town has no security operatives to protect us. Right from Damasak, the headquarters of Mobbar, through Gashigar and up to Malumfatori town of Abadam LG, there is no single government security personnel guarding or protecting about six villages.

“You should know that from Damasak to Gashigar is about 50km in a dusty Sahara desert road and half way before you get to Dusi, there is a feeder road that leads to Diffa in Niger Republic. The attackers come into Nigeria freely and escaped.

“We are in a state of fear and confusion because we cannot sleep in our villages here on the Nigerian side; once the night is approaching, everyone must leave, we must vacate  our houses, board canoes and cross the borders…it is safer to live on the other side”, he said.

Police-Public Relations Officer, Borno, Gideon Jibrin, who confirmed the incident in Gashigar, however faulted the allegation that there was no security presence in the attacked area.

“If we don’t have security presence in Mobbar and surrounding villages, there is no how the report of the incident would reach the Commissioner of Police within a short time.  Our men are there and doing their best in safeguarding lives and property”, he said.

The villagers called on the federal government to mobilize troops to the area and also urged the state government to assist the local youth vigilantes also known as ‘Civilian JTF’.

“The reason for these attacks is because our young men have joined the Civilian-JTF and the Boko Haram fighters are not happy; perhaps that is why they are attacking us left, right and centre”, Talba said.