The Nigerian National Petroleum Corporation, NNPC, on Monday said pipeline vandalism was the reason behind the drop in gas supply, which has reduced power generation and availability of electricity across Nigeria. 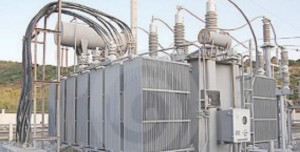 The Group Managing Director, GMD, of NNPC, Andrew Yakubu, who stated this during a news conference in Abuja, said about N800 million had been spent on the ongoing repair of the pipelines.

Mr. Yakubu attributed the incident to outright sabotage of some crucial gas pipelines, which he said, had significantly eroded available gas supply to the power plants.

He said that as at last weekend, over 30 per cent (480 MMsf/d) of the installed gas supply capacity was out, due mainly to vandalism. The GMD said that the lost gas was equivalent to the gas requirement to generate about 1,600 MW of electricity. He listed the pipelines involved to include the Escravos-Warri stretch of the Escravos Lagos Pipeline System (ELPS) which accounted for (190 mmcf/d) and the Trans-Forcados crude pipeline (230 mmcf/d).

“The remaining supply shortfall is due to maintenance issues at Utorogu gas plant (60 mmcf/d). The outage on the ELPS has been on for over six months due to willful acts of vandalism at various locations between Escravos and Egwa location,” Mr. Yakubu said.

He said that an explosion rocked the ELPS and investigation revealed that a dynamite had been used on four ruptured points on June 25, 2013. Engineers from the Nigerian Gas Company (NGC) were mobilised immediately to commence repair works; but as repairs progressed, more points of rupture emerged, he said.

“At the last count, 20 ruptured points have been identified, all due to deliberate dynamite explosion. NGC completed repairs in November and on commissioning in December, rapid pressure loss was experienced indicating further rupture in weakened locations. We have since effected repair on these new points and re-commenced commissioning activities,” he said.

The GMD, however, gave assurance that gas supply would be reinstated in the next three to five weeks at the completion of various repairs, which is expected to bring a major improvement in power supply. He said that the cumulative effect of the above interruptions was the degradation of power supply to Nigerians. Most of Nigeria’s power generating plants are gas-powered.

Mr. Yakubu assured that the Ministry of Petroleum and NNPC would continue to make efforts to ensure gas supply in the difficult environment. He also said there would be additional 450 mmcf/d supply from various ongoing projects to bridge the growing demand by the power sector between 2014 and 2016.

He said that many other projects were expected to mature progressively among which would be the East-West pipeline expected to be completed in 2016. According to him, this would bring a major boost in gas supply as over 250 mmcf/d of gas stranded in the East will be diverted to meet the growing power demand.