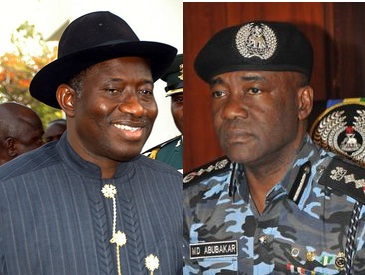 Tsav, who berated Jonathan and the IGP over their attitude towards the alleged shooting of Senator Magus Abe in Rivers State, recalled that a similar incident happened in the Second Republic.

He said during that period, Mohammed Goni, Abubakar Rimi and Jim Nwobodo, governors of Borno, Kano and Anambra States respectively, “faced the kind of problem [Rotimi] Amaechi is facing with the police commissioner in his state.

“We had the same situation in Borno between then Governor Goni and Commissioner of Police Atahiru Jidda; in Kano, between Abubakar Rimi and CP Sani Wali; and in Anambra, between Governor Nwobodo and CP Eiyetene. The consequences of these are well known to us. That democracy did not survive. The president and the IGP must realize that they will be held responsible if this democracy fails. The president and the IGP have continually maintained sealed lips over the constant use of armed policemen to frustrate lawful gatherings in Rivers State”, he said.

The former police boss, therefore, called on good spirited Nigerians to stand up against what he called “evil”, and to lawfully demand explanations from the president and the IGP, for their “worrying silence in the face of obvious violation and rape of the country’s constitution, with impunity”.