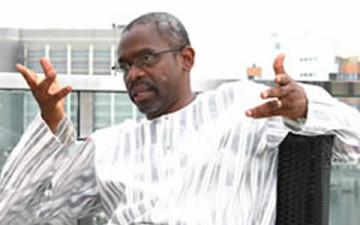 The Minority Leader of the House of Representatives, Femi Gbajabiamila, on Wednesday questioned the powers of the Rivers State Police Command to use tear-gas on citizens holding rallies.

The lawmaker claimed that the command abused citizens’ rights and acted in flagrant disobedience of a Supreme Court judgment, which declared that police permits are not necessary before a rally can take place.

Gbajabiamila was reacting to last Sunday’s alleged shooting of Senator Magnus Abe by the police with rubber bullets.

The alleged shooting, which occurred during a Save Rivers Movement rally in Obio-Akpor local government area of Rivers State, left Abe and several other persons wounded.

The police also used tear-gas to disperse those participating in the rally.

“The Supreme Court years ago ruled that Police permit is not required for a rally.

“So, all this talk from the Rivers state commissioner of police about permit is balderdash”, Gbajabiamila noted in a statement in Abuja.

He also argued that tear-gas was a “chemical weapon” because of the “gas” it contained.

According to the lawmaker, the police should face similar charge as any person or body that used chemical weapons on citizens.

The statement read further, “The House Minority Leader wants the public to note that tear gas is a chemical hence the word gas.

“He further derided the police for use of chemical weapon on citizens.

“The use of chemical weapons against once own citizens (or anyone for that matter) is unacceptable and that is why the world is up in arms against Syria.

“The Minority Leader is calling the attention of the international community to this abuse of citizen’s rights.

“The world needs to pay attention to this inhumane treatment of innocent citizens”, Gbajabiamila said.