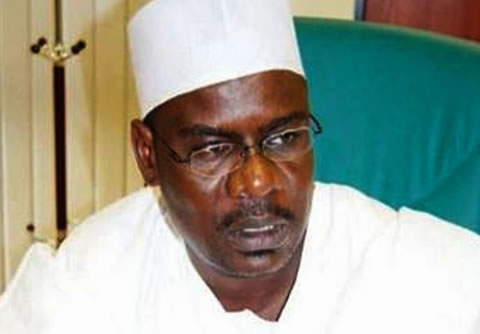 Ndume gave the advice while addressing newsmen in Maiduguri.

He said rather than engage in full blown campaigns, political office holders should preoccupy their minds with delivering their last campaign promises.

“It is sad that politicians are already making noise about 2015, when we have just entered 2014.

“It is really unthinkable for politicians to be making huge noise about 2015 now because it is a great distraction”, Ndume said.

He expressed shock at last month’s clash between supporters of two prominent Borno politicians during the burial of late Emir of Shani, Alhaji Modu Mailafiya in Shani, headquarters of Shani Local Government Area of the state.

“I was personally touched by the sad incident at the burial of the late emir in Shani.

“How can politicians be fighting in the open for a seat, when we were supposed to be mourning the late emir”, Ndume said.

He reminded politicians that INEC had repeatedly said that it was not yet time for campaigns.

“How can politicians start dancing when the music is not yet on; INEC has told us that the time has not reached for political campaigns”, he said.

Ndume also allayed fears of any crisis in the National Assembly following the recent defection of some PDP members to the APC.

“I do not see any chance of rancour in the National Assembly especially in the House of Representatives due to the defection of 37 PDP members to the APC.

“Although the PDP has become a minority in the house, it does not necessarily mean that the leadership must be changed at all costs”, he said.

“There is nothing preventing a member from a minority party from being a leader in the house.

“It is only for political convenience that we always allow a majority party to produce the house leadership”, he said.

The News Agency of Nigeria (NAN) recalls that supporters of the Borno Deputy Governor, Alhaji Zannah Mustapha and those of the Commissioner of Religious Affairs, Alhaji Mamman Durkuwa had fought at the burial of the late emir.

Durkuwa is believed to be eyeing Mustapha’s seat in the 2015 gubernatorial election. (NAN)