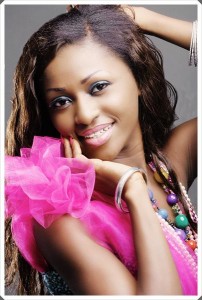 Reports have been circulating that upcoming young and beautiful singer — Rita Edmond, who launched her music career last year, has been impregnated by Phyno.

The reports emerged from a certain Bimbo an actress and close friend of Rita, who disclosed details in a phone conversation.

The open phone conversation which was over-head by a source while on the set of a new TV show. 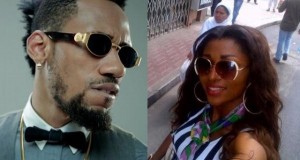 Rita Edmond’s friend was heard telling a friend that “the singer has hammered big time, as she was spoilt silly and also spent her holidays in far away Dubai on the bills of Igbo rapper Phyno, who impregnated her and is trying to get the Imo State born Singer to keep the baby”.

The phone conversation also revealed that the Singer, Rita wants to get rid of the baby, so as to focus on her music career while Phyno is really keen on having the baby without Marital commitment.

The Singer Rita Edmond, has also been rumoured to be the secret lover, that Phyno has always been visiting at nights in a guest house at Lekki Phase 1.

Insiders claimed the two love birds kicked off their “on & off” relationship right from the streets of Enugu State and have been on for the past 6years right.

I also gather that Rita was earlier financially assisting and sponsoring Phyno’s career before the Ibo Rapper hooked up with “Oga Boss” Ill Bliss at Capital Records whose Management manages Phyno.