“Proud of what an awesome daddy Yeezy is. #DaddysGirl #Family,” Khloe tenderly wrote in a caption accompanying the photo.

Kim Kardashian says the snap of North riding on her dad Kanye’s shoulders was taken during an “intense Monopoly game” while they were vacationing in Utah, United States.

“He is honestly the most amazing dad,” Kim said of her fiancé. “He loves her so much. He just left to go out of town, so I send him a picture and video every day. He’s like, ‘She grew up so much!’ and I’m like, ‘Babe, it’s been one day. You haven’t seen her in a day. Not a lot has changed.’ But he really is a hands-on dad.” 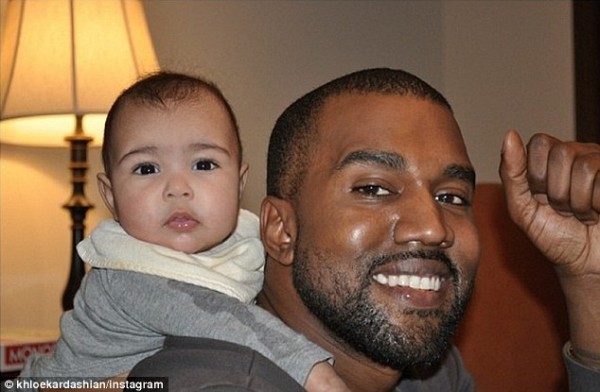 The reality star also shed some light about what it feels for her to be a Mother to a the seven-month-old daughter.

Asked whether she had always wanted to have children, the 33-year-old admitted she “always wanted about six”.

“After having her I would have a million,” she continued, though she revealed the pregnancy was far from smooth-sailing and not something she wants to repeat anytime soon: “The pregnancy, I wouldn’t really wish that upon anyone. Anyone.”

Kim then shared two more photos from the day before, when she was trying on cute bow headbands on the photogenic youngster.

“She doesn’t wear a lot of bows and my niece wears so many headbands, so I was trying all these bows on her and she really liked them, so I think she’s going to start wearing some bows,” she explained. 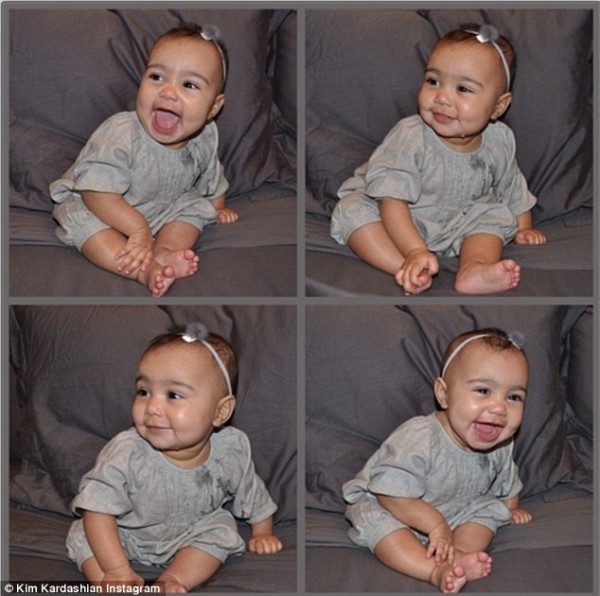