Authorities of St. Paul’s College in Lawrenceville, Virginia, in the United States today confirmed to Sahara Reporters that Mrs. Stella Oduah did obtain a first degree in Business Administration at the institution in 1982, with concentration in Accounting. 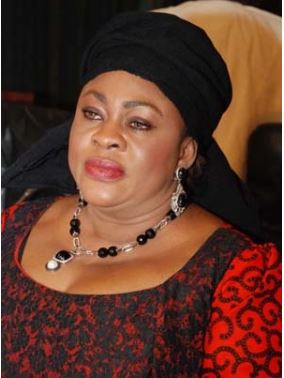 St Paul’s registrar, Ms. Helen Jackson, reiterated however, that the school has never had a postgraduate program.

Ms. Oduah would have been 16 years old at the time of admission. Asked to make that confirmation, Mr. Jackson said she could not offer personal information about the student.

Sahara Reporters began a series of exposes on the minister’s educational background on Monday night. By Tuesday she had removed any mention of St. Paul’s College, the institutions where she initially claimed in citations, on Wikipedia and several personal websites that she earned a Masters Degree.

By yesterday, Sahara Reporters obtained her CV but it curiously made no mention of the widely, previously-claimed MBA. However, she claimed to have obtained an “honorary Ph.D” from Christian Pacific University in Glendale, California. That claim has also now been found to be false.

The Minister’s claim to an MBA in 1983 also conflicts with the year in which she supposedly served in the National Youth Service Corps.

Meanwhile, earlier today the ministry of Aviation disabled Ms. Oduah profile page which claimed she had “Bachelors and Masters Degree (in Accounting and Business Administration respectively) in the United States” only to restore the page apparently caught pants down with the false claims on her resume still intact.