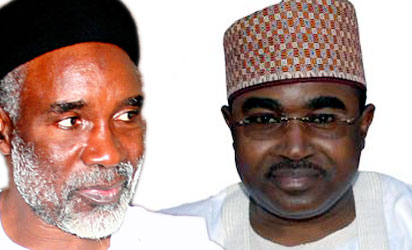 Supporters of the All Progressives Congress (APC) in Adamawa State praised yesterday the peaceful resolution of the leadership crisis that rocked the state chapter.

A cross section of the supporters told the News Agency of Nigeria (NAN) in Yola that the meeting of stakeholders in the state on Monday had brought peace to the party.

The meeting was attended by Governor Murtala Nyako, Brig.-Gen. Buba Marwa, Marcus Gundiri and Nuhu Ribadu, among other stakeholders.

The supporters described the resolution of the crisis as a big relief to party members.

“Many of us were tensed while waiting for the outcome of the meeting.

“When we heard that the matter had been resolved we were happy.

“It had led to the emergence of the long-awaited interim management committee that would see to harmonisation of interest groups toward a rancour-free membership registration.

“We thank the Deputy National Chairman of the party in the North, Bello Masari, and the National Vice Chairman, North East, Umaru Duhu, for the way they handled the reconciliation.

“They have avoided what happened in Sokoto and Kano states, where Bafarawa and Shekarau left the party.