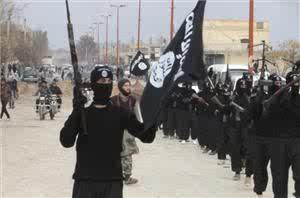 Rebels fighting in Syria have given rivals from an al-Qaeda affiliate 24 hours to surrender, according to activists in the country.

Saturday’s ultimatum comes amid days of deadly infighting between opponents of Syrian President Bashar al-Assad and the Islamic State of Iraq and the Levant (ISIL) in two northern provinces, Idlib and Aleppo.

The Britain-based Syrian Observatory for Human Rights said rebels from an alliance of religious groups attacked positions of the fighters from the ISIL, killing and capturing dozens of people on Saturday.

The ISIL has been blamed for brutal killings in areas under their control, turning many local residents against them and leading to a growing resistence to the al-Qaeda-linked group’s grip on several areas of the country.

Ammar, an activist on the ground, described it as “the start of the revolution against ISIL”, according to AFP news agency.

ISIL and Western-backed rebel forces are all fighting to overthrow the regime of President Bashar al-Assad, but tensions between different groups have been rife in recent months.

Several opposition factions, including a number of fighters united under the name “Army of Mujahedeen”, were involved in Friday’s fighting, according to the Britain-based Syrian Observatory for Human Rights and local activists.

Both the Islamic Front and the Syrian Revolutionaries Front, two key groups made up of tens of thousands of opposition fighters, also condemned ISIL on Friday.

“We call on ISIL to withdraw immediately from Atareb… and remind them that those who freed Atareb [from the Syrian government] are those you are fighting today,” the Islamic Front said.

In Idlib, 20 civilians were injured in the fighting, while a media activist was killed in Aleppo, AFP reported.

His death was the latest in a string of beatings, kidnappings and killings attributed to the group, and prompted protesters to take to the streets under the slogan, “Friday of the martyr Abu Rayyan”.

Abu Leyla, an Idlib-based activist, told AFP via the Internet: “I’d say about 90 percent of people in the opposition areas are against ISIL”.

“They use violence and abuses to crush dissent. They are only Islamic in name. All they want is power,” he said.