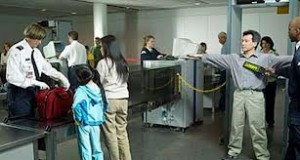 The Canadian Air Transport Security Authority admits it dropped the ball when a pipe bomb was seized from a carry-on bag at the Edmonton International Airport in September and RCMP weren’t contacted until four days later.

On Sept. 20, CATSA officials came across a suspicious looking item on the X-ray screen that scans carry-on bags at EIA.

“It was a cylinder-type object that didn’t resemble anything that you would normally carry in your bag,” said CATSA spokesperson Mathieu Larocque.

The item was taken from passenger, Skylar Vincent Murphy, 18, of Spruce Grove, who was still allowed to board his flight.

Even though Mounties are stationed at the airport, they weren’t notified about the suspicious item until four days later.

Murphy was arrested and charged with possession of an explosive substance when he returned to Edmonton from vacation. On Dec. 5, he was handed a $100 fine and one year probation.

RCMP described the substance as a black powder in a container, while the Crown prosecutor who investigated the case called it a pipe bomb. The Crown, however, was not available for further comment.

“The RCMP should have been called much earlier, so this is where the procedures were not followed,” said Larocque, adding screening officers are supposed to contact police immediately when they see something potentially illegal.

Officials have since reviewed the incident and listed a number of corrective actions to prevent a repeat. Some of the personnel were disciplined with suspensions while others were ordered to take additional training, added Larocque. Amendments were also made to the training program for officers across the country.

“We want to ensure the travelling public that we have procedures in place. They were not followed, but we are doing everything we can to make sure that they are followed in the future and it doesn’t happen again.”

In a statement released Wednesday, Lisa Raitt, federal minister of transport, said she will be calling the president of CATSA to ensure the organization takes further action to better protect the safety of travellers.

“The safety of Canadians and the travelling public is our government’s top priority,” she said.

“This individual should not have been allowed to board his flight and it is unacceptable that CATSA waited four days before seeking the RCMP’s assistance.”