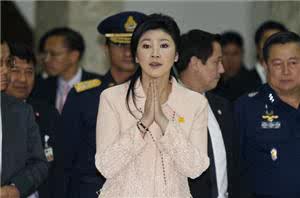 The Thai government has declared a state of emergency in the capital Bangkok and surrounding areas to cope with protests aimed at forcing the prime minister, Yingluck Shinawatra, from power.

Chalerm Yubumrung, Thailand’s labour minister, announced on Tuesday that the restrictions would come into force after midnight and last 60 days.

“We need it because the protesters have closed government buildings, banks and escalated the situation, which has caused injuries and deaths. The government sees the need to announce the emergency decree to keep the situation under control,” the minister said.

Yingluck said police, not the military, would mainly be used and her government had no intention of confronting the protesters.

The state of emergency follows increasing attacks at protest sites for which the government and the protesters blame each other. These include grenade attacks and drive-by shootings.

28 people were Sunday wounded when two grenades were thrown at one of several protest sites set up in Bangkok.

One man was also killed and dozens wounded in another grenade attack on a protest march last Friday. No arrests have been made in either attack.

The protesters, who say that Yingluck’s government is carrying on the practices of Thaksin Shinawatra, her billionaire brother who was prime minister from 2001 to 2006, by using the family fortune and state funds to influence voters and cement its power, wants her to resign to make way for an appointed government to implement reforms to fight corruption.

Yingluck called elections for February 2, but the protesters want them postponed. The opposition Democrat Party, closely aligned with the protesters, is boycotting the polls.

The announcement of the emergency decree said the elections would proceed as planned.