The Study Of Beyonce Introduced At American University 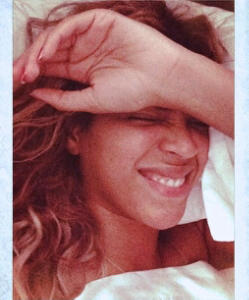 Pop diva — Beyonce has been given a prestigious honor as a syllabus revolving around her has been introduced into the academic system of an American university.

Rutgers University is offering a course on Beyoncé at the school’s Department of Women’s and Gender Studies.

The class, which is called “Feminist Perspectives: Politicizing Beyoncé,” is being offered during the Spring semester at the college.

Queen Bey 101 is taught by PhD candidate Kevin Allred, who explained to the Rutgers Today newspaper exactly what students can expect from the class. “This isn’t a course about Beyoncé’s political engagement or how many times she performed during President Obama’s inauguration weekend. Rather, the performer’s music and career are used as lenses to explore American race, gender and sexual politics.”

Allred pairs the lesson plans with the “Drunk in Love” songstress’ music videos and lyrics – he’s got plenty of material to choose from now. But it’s not all Bey all the time.

Allred also includes writing from artists and pioneers in the black feminist movement like Sojourner Truth and Alice Walker, according to Allred, Beyoncé’s class will be much more than a glossed-over run-through of her career. “It’s important to shift students away from simply being consumers of media toward thinking more critically about what they’re engaging on a regular basis.” And for those fans of Bey’s other half, they can enroll in the Georgetown University course dubbed, “The Sociology of Hip-Hop: Jay Z.”