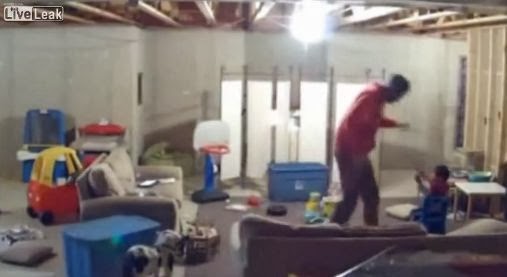 The shocking video above shows 27 year old Stephen Jacobs, who is an in-home therapist for Autistic children, physically abusing 3-year-old Caeden Lowe, who he was supposed to be treating.

The little boy’s mum suspected all was not well with her son after each session with Jacobs & decided to install a camera to see what happens at the therapy session. What she saw was her son’s therapist elbowing the boy in the head, hitting him with pillows and even head-butting him. This video was recorded in December 2013.

The parents said they worried that their son, who has severe autism and can’t communicate with them, was not improving from the ongoing sessions, and was gradually withdrawing into himself and decided to see install the web cameras to record his in-home visits. What they saw left them in shock.

Jacobs is now facing felony charges of abusing a child.