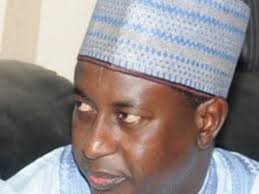 Governor Ramalan Yero of Kaduna State on Tuesday said that the public service in the state is on the verge of collapse even as he lamented the high level of impunity within the system.

The governor said corruption in the system was making governance difficult.

The governor, who made this known when he addressed members of the state Executive Council, Permanent Secretaries and principal officers of the state government at a two-day retreat, said there is a wide gap in the structure of the public service in the state with the gradual fading out of some categories of civil servants, adding that this was affecting efficiency in service delivery.

His words, “There is a huge gap in the civil service to the extent that the service may collapse in the next few years. That is why we are having problems of documentation”.

Yero also lamented that the public service in the state has been marred by indiscipline and impunity which has adversely affected the process of good governance and service delivery to the people and warned that this must stop immediately.

“We must stop the impunity in the public service. It is true that the service has been eroded, but we must begin to revive it through discipline and it has to begin with us”, he stated.

He also flayed the culture of sentiment imbibed by some personalities in the state and warned that no one should approach him with issues based on sentiment, saying “under my leadership in Kaduna State, I want everybody to be fair and just to everybody. I want us to reduce sentiment in the system. I don’t care if I have ten people from the same local government that can serve the people of the state.

“We allow too much sentiment and it is not good for our development as a people. I don’t like to hear any issue that is based on sentiment, if it is sentiment issue, don’t come to me with it, keep it to yourself”, Governor Yero told the gathering.

He charged civil servants in the state to be more dedicated to service delivery and eschew indiscipline in the discharge of their duties, while calling on government officials to put more effort into governance rather than politics.