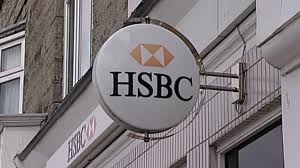 If you bank at HSBC in England, don’t plan on making any large cash withdrawals. At least not without a good explanation. Or, maybe even a permission slip.

That’s because a previously unannounced change in banking policy is blocking some customers from making large withdrawals without “evidence” explaining why they need the money from their accounts .

The policy affects customers attempting withdrawals for amounts as little as £5,000 ($8,253).

HSBC says it’s all done in the name of customer protection.

“The reason being we have an obligation to protect our customers, and to minimize the opportunity for financial crime,” HSBC said in a statement. “However, following feedback, we are immediately updating guidance to our customer facing staff to reiterate that it is not mandatory for customers to provide documentary evidence for large cash withdrawals, and on its own, failure to show evidence is not a reason to refuse a withdrawal. We are writing to apologize to any customer who has been given incorrect information and inconvenienced.”

The change in approach comes after the BBC aired reports from multiple HSBC customers who said they were denied in their recent attempts to make cash withdrawals.

Banking customer Stephen Cotton says he attempted to withdraw approximately $11,000 to repay a loan from his mother but was blocked from doing so.

“When we presented them with the withdrawal slip, they declined to give us the money because we could not provide them with a satisfactory explanation for what the money was for,” he told the BBC. “They wanted a letter from the person involved.”

Cotton says the bank wouldn’t even tell him how much he was allowed to withdraw under the new policy, which was not announced to customers when taking effect last November.

In the U.S. there have been rumors of similar restrictions that major banks such as Citibank have denied. After the massive security breach at Target retail stores in December, JP Morgan did place a temporary limit on how much cash customers could withdraw from Chase ATM’s at Target stores and how much they could spend on their debit cards at one time. But that limit has since been removed.

A Conservative member of the British Parliament said the change in policy “infantilizes the customer.” However, the head of retail at the British Bankers Association defended the policy.

“I can understand it’s frustrating for customers,” Eric Leenders told the BBC. “But if you are making the occasional large cash withdrawal, the bank wants to make sure it’s the right way to make the payment.”