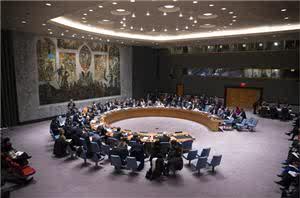 The UN humanitarian chief has urged the Syrian delegations to remember their people and try to reach local ceasefires to allow vital food and medicines to reach millions of civilians in dire needs.

Valerie Amos said on Thursday that UN envoy on Syria, Lakhdar Brahimi, would press the government and opposition on these humanitarian issues at meetings due to start later in the day.

“Remember your people. Remember that you are all Syrians. You can be talking about your child, your mother, your father of your all family that could be facing this horror. Put the people first,” she said.

“I have discussed this with Mr Brahimi and he’ll continue to push this. Because political negotiations can take a very long time. And as we saw yesterday, there are big differences between the parties.”

The UN aid chief said it was crucial to gain access to about 250,000 people trapped in besieged communities, many of them in Aleppo, Homs and near Damascus, who have been out of reach for many months.

Another 2.5 million people are in “hard-to-reach” areas, having received UN relief supplies just once or so, Amos said.

The UN chief Ban Ki-moon urged Syria’s regime and opposition, who are meeting for the first time, to finally work together at the table.

“The world wants an urgent end to the conflict,” Ban said in a closing press conference at the talks in the Swiss town of Montreux on Wednesday.

“Enough is enough, the time has to come to negotiate.”

About 40 nations and international bodies were gathered, but no direct talks are expected until possibly Friday – when rival delegations will meet in Geneva for negotiations that officials have said could last seven to 10 days.

Amos, who submitted a confidential written brief to the UN Security Council last Friday, said that there had been little improvement since world powers called unanimously in October for both sides to grant greater access for aid workers and convoys.

A food aid delivery reached Yarmouk, a suburb of Damascus besieged by forces of President Bashar al-Assad, on January 18, badly needed after months of isolation but not enough for thousands of trapped civilians who are malnourished and without medicine.

Russia – which is Syria’s main arms supplier – has been a “strong advocate” in nudging Syrian authorities to grant visas for UN aid workers, she said.

But administrative measures are not enough and there were only three UN aid convoys in December, after the government rejected three and safety guarantees were not in place for two others, she said. Nine convoys delivered goods in November.

“We have been hearing terrible stories about people running out of food, being literally on the brink of starvation. People being sick and injured, not being able to get health-care in, people fearing for their lives. There are about 245,000 people that are in this kind of situation, and there are places we have not been able to reach for (almost) a year” she said.

UN aid officials were looking at options for delivering more aid and would discuss them with influential countries at their next high-level meeting set for February 3 in Rome, she said.

“I hope there will be conclusions out of that that I could put to the Security Council,” she said of the talks, to be hosted by Italian Foreign Minister Emma Bonino. [AlJazeera]