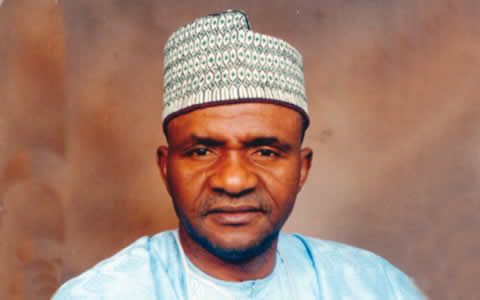 Recuperating governor of Taraba State, Pharm Danbaba Suntai on Thursday in a move that has been interpreted as his readiness to resume official duties any moment, inspected his office in Jalingo, the state capital.

Suntai, who was accompanied by trusted aides and loyalists, visited his office at 2pm, and left four minutes later.

He also reportedly went round the town ‘inspecting’ ongoing projects and visiting places he had not been to in the past 14 months.

The development might reignite another round of crisis in the state as the acting governor, Alhaji Garba Umar, has refused to revert to his position of deputy governor even after Suntai returned to the country after a 10-month medical trip abroad.

The governor was stopped by the State House of Assembly from resuming duty, despite a letter he wrote to the lawmakers notifying them of his intention to resume office.

The lawmakers’ refusal to allow Suntai resume led to a political crisis in the state as the Assembly urged Umar to continue in acting capacity even as they urged the governor to return to the U.S to continue with his treatment until he is fully fit to resume official duties.

It took the intervention of the Senator Hope Uzodinma-led Peoples Democratic Party, PDP, committee to work out a power-sharing formula to douse the tension generated by Suntai’s return.

The governor, however, filed a suit, asking the court to interpret Section 190(2) of the 1999 Constitution, concerning transmission of a letter by a governor informing the state House of Assembly of his intention to resume office after he has been away for a while.

Yesterday’s inspection of his office, coupled with his speeches lately, has unsettled Suntai’s opponents, who are not favorably disposed to his resumption of official duties.

Late last year, Suntai’s aides and allies had expressed optimism that the governor would take charge before the end of January.

It is yet to be seen how the current scenario will play out as the acting governor has pledged “absolute loyalty” to his boss, although he warned that he would not be cowed by a “cabal” he accused of plotting to hijack the machinery of government using Suntai’s name.