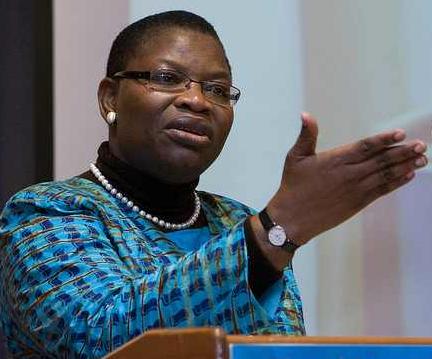 Ezekwesili, who served in various capacities during ex-President Obasanjo’s civilian administration, which included being Head of the ‘Due Process’ office, Minister of Solid Minerals and then Minister of Education, made this known on the Channels Television programme, ‘Genvoices telethon’ on Saturday.

Ezekwesili stated that military approach was not the best strategy to address developmental issues in a democracy.

The former minister said, “The youths need to understand even the tenets of democracy.

“This was the greatest failure of the government that I was part of. We failed to realise that and to do a natural mobilisation that would wean our society of the militarilisation.

“And so the society continues to assume that the military approach is the approach for solving development needs. It is not. It is a fallacy to think that way.”

She added that the youths must realize that the most important office in a democracy is not the legislature, the executive or judiciary, but the office of the citizen.

She noted that it was difficult to move dreams to execution, and then to counting the results.

“Yet, you’re a generation that has come into your cognisance at a time when the limits of capitalism are very clear. And those limits have manifested in inequalities that we see around the world. Those inequalities have shot up the disconnection between economic growth and improvement in the quality of lives of the average citizen.”

She said youths of the present generation were disadvantaged ‘average citizens.’

Ezekwesili further said that for youths to establish their centrality of purpose, they must define it from their outside because each youth was insignificant in the community that had the problem they wanted to solve.