A man in Borno has been sentenced to spend 10 years behind prison bars after being convicted of rape. 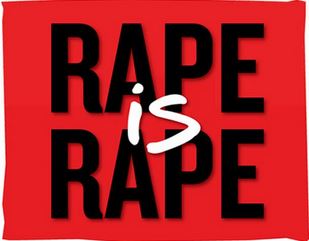 Babagana Mohammed was charged to court and could not establish his innocence as claimed thus he was found guilty.

The sentence was handed down by a High Court in Maiduguri, the state capital and it was established that the convict was fond of sexually assaulting married women.

Babagana, according to reports from his community, had a reputation for forcing his way with married women, until luck ran out on him, when he decided to commit the crime closer home, when he attempted to rape the young wife of his best friend, whom he visited after her husband had travelled out of town.

According to the Registrar of the court, Barrister Sanda, Babagana was sentenced in accordance with the provisions of Section 283 of the Penal Code of Nigeria.

Wakil had, while pronouncing the judgment, observed that “the crime of rape has assumed a universal dimension and therefore people should be wary of associates and acquaintances with such evil tendencies”.

The judge described the convict as “a poacher of married women whose act is reprehensible and callous. He is thereby sentenced to 10 years in prison with hard labour.”

In his defence, Babagana simply described his act as “a mistake”.