Limpopo crooner, KCEE who recently bought a 2010 Toyota Camry for his producer Del B has given his reason for buying him a new car. 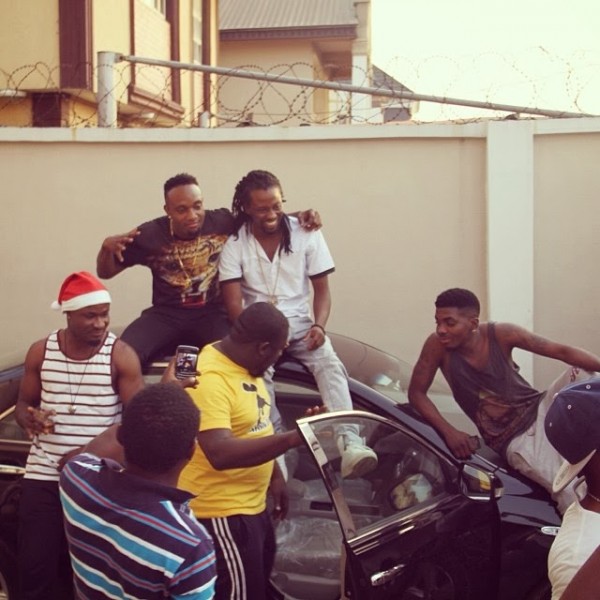 KCEE’s  popular song, Limpopo definitely gave him a number of endorsements deal, chief among them was his MTN Ambassadorial deal, which came shortly after releasing the song.

“I really don’t want to talk more about this development because it is not a new thing. But I will just tell you that 2013 was a big year for me and I have decided to reward those who contributed to its success. It would not have been possible for me alone without the crew that stood by me through the years.”KCEE said
Share
Facebook
Twitter
WhatsApp
Previous article“Jonathan Is Embarrassing Nigeria By Still Keeping Stella Oduah In His Cabinet”
Next articleHelp! My Husband’s Manhood Is So Small, What Can I Do?
- Advertisement - Ad ==> TRUTH FINALLY OUT! Discover how a young Nigerian graduate now makes a consistent 40k per week doing a legitimate online business. You too can start yours now, click here!!!