A Mushin Customary Court in Lagos on January 23, 2014, Thursday, reserved judgment indefinitely in a divorce suit filed by a man, who accused his wife of perpetual drunkenness. 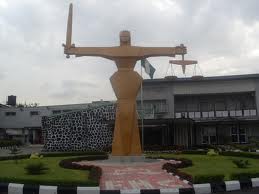 According to the Court President, Alhaji Babatunde Ayeni, the decision was due to the absence of the parties in court for three consecutive times.

“The parties have been absent on three consecutive adjournments that the judgment was to be passed; as such, it remains so until the parties appear in court,” he said.

He alleged that his wife, Mercy, was a drunkard and habitual debtor.

When the case was first mentioned in court on August 22, 2013, only the petitioner was present.

On September 19, 2013, and December 4, 2013, when the estranged couple was present, the petitioner insisted on divorce, while the respondent prayed for sustenance of the marriage.

The court directed Mercy to write an undertaking not to drink alcohol again.