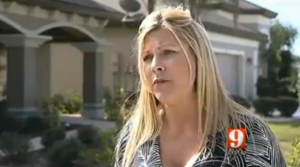 Back in October, Florida woman Adriane Kane’s black Toyota Solara vanished from her driveway. As WFTV Channel 9 Eyewitness News reports, Ms. Kane now has her car back, but not because it was just discovered by police. No, she has it back after it had been sitting in a private towing company’s lot for months in what is being described as a clerical error.

As the Daytona Beach News-Journal writes, it turns out that the car had been recovered only two days after the theft and was towed by Holly Hill, Florida’s Universal Towing. The mistake was made when Daytona Beach police, who were given the car’s VIN by the towing company, didn’t relay the information to Ms. Kane.

Kane told WFTV, “This just slipped through the cracks. Somebody at the (Daytona Beach Police Department) made a clerical error, and because of it I’m the one that got burned.” Because of the months spent on their lot, Ms. Kane was charged $1,152 to get her car back. When Universal Towing learned what happened, the fee was reduced to $400, which is still a lofty amount for someone to have to pay for what was stolen from them.

Daytona Beach Police told Ms. Kane that they are investigating the matter and might reimburse her, but wanted to point out that Adriane, who has moved since then, failed to update her contact information with the department. They claim if she had given them a current address, she would have gotten the car back sooner and wouldn’t have had to pay any fees. Ms Kane told the News-Journal that she has learned from that mistake and won’t repeat it but still feels like she shouldn’t have had to pay anything for the Toyota’s return.