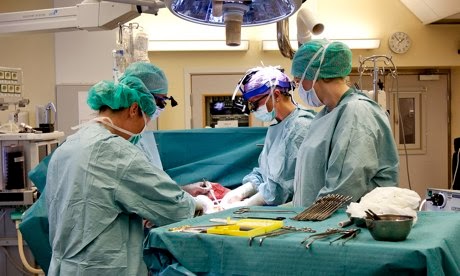 Doctors at the University of Gothenburg Sweden have successfully carried out womb transplant for 9 women who were born without a womb and are waiting for them to get pregnant. This amazing new kind of surgery is geared towards helping women who are born without wombs, a medical condition called MKRH or had there uterus removed due to severe medical conditions such as cervical cancer.

The wombs received were from mothers or female relatives of the recipients. All nine women are currently ovulating which is a good sign that the wombs are doing fine inside the women. Continue..
Saudi Arabia is the first country in the world to have carried out womb transplant in the year 2000 but the recipient recorded blood clot and so the womb was removed. Turkey was the 2nd country to try the womb transplant were they took womb from dead people and transplanted into this women but the process also failed as the women lost their babies after 2 months of conception. England is preparing to also carry out the process.

Head surgeon for this process Dr Mats Brannstrom said
“This is a research study. It could lead to the women having children, but there are no guarantees …what is certain is that they are making a contribution to science.”.