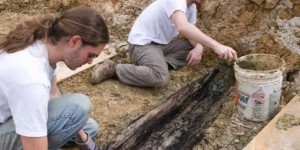 It may sound like the beginning of a horror movie, but burial sites found on a college campus have created a potential nightmare for administrators.

While surveying land for a new parking lot at the University of Mississippi Medical Center, officials made a grisly discovery: more than 1,000 bodies thought to have been patients at the old Mississippi State Lunatic Asylum.

The unnamed, century-old graves present a problem for the university, whose expansion plans could be halted over the cost of relocating the bodies.

Dr. James Keeton, dean of the medical school, said that moving the remains to a new burial site would cost an estimated $3 million — that’s $3,000 per body.

“We can’t afford that,” Keeton said, according to USA Today.

Instead of moving the bodies, the expansion will most likely be relocated to another location on the 164-acre campus. It’s possible there could be more unmarked graves belonging to tuberculosis patients, former slaves, or possibly even Civil War dead, according to the Clarion-Ledger.

Experts think that future additions to the medical center and other buildings on campus will have to be reconsidered.

Opened 1855, the Mississippi State Lunatic Asylum operated on the UMMC site until 1935, when it moved to its present location at Whitfield, according to USA Today.

Share
Facebook
Twitter
WhatsApp
Previous article‘Flappy Bird’ Creator Pulled Game Down Because It Was Too ‘Addictive’
Next article2015: Our Best 11 Will Be Presented To The Electorates – PDP
- Advertisement -