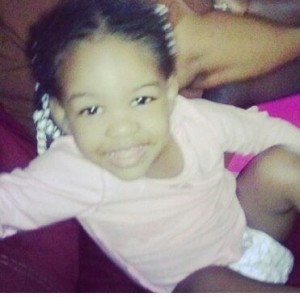 According to New York Daily News, Two-year-old Brandy Buffington was playing outside her southwest Atlanta home when she was struck and killed by a daycare van dropping off children Tuesday.

The vehicle was backing up outside a southwest Atlanta apartment complex where Brandy Buffington was playing when she was critically hit, according to local reports.

The child was rushed to Grady Memorial Hospital where she died an hour later, CBS Atlanta reported. Atlanta police said Brandy wasn’t a passenger in the van, but was possibly in the wrong place at the wrong time.

A neighbor of the child, who didn’t want to be identified, told CBS that the children are often playing in the street and getting too close to traffic.

“See, there’s no recreation center, there’s no playground,” she said. “It’s a problem where, not just are they unsupervised, there’s nowhere for the kids to be.”

A fundraiser set up for the girl’s family on YouCaring.com reported her family as having no insurance to cover the cost of a funeral or burial.

Police said the driver stayed at the scene until police arrived. It wasn’t immediately clear if charges against the driver will be filed.